“Earth, water, fire, air, ether, mind, intellect and ego constitute my Nature. This is My apara prakriti, which is of lower nature. This is different from my higher nature or para prakriti, the jiva also known as Self consciousness or life principle, on which the enitre universe is sustained. All beings evolve from my two fold prakriti. I am the source of entire creation and into Me the entire creation dissolves. Arjuna, there is nothing beyond Me and all creatures are bound to me like cluster of gems are bound by a thread.”

Krishna begins to reveal the secrets of Divinity. The Brahman has two forms. The higher one is the Brahman without attributes and the lower one is the Brahman with attributes. A soul, when it is destined to transmigrate either from its sojourn or from the body of another living being, conjoins with prakriti for the purpose of manifestation. Soul is considered as the masculine energy and prakriti as the feminine energy. One’s karmic account is embedded in the soul. Soul is subtle in nature and prakriti is gross in nature. When the union of soul and prakriti takes place, a being is born. When the being grows, bound by time, the karmic account embedded in its soul begins to manifest. That being either suffers due to accumulated ignorance in its previous births, or continues its spiritual journey from where it had left in its previous birth. This is a gist of principles of creation.

Krishna says that his apara prakriti consists of eight components detailed above. Out of the eight, the first five are the five basic elements that constitute the gross structure of a being. The next three control the internal mechanism of a being. Gross elements do not remain the same, but get modified not only as gross sensory organs, but also form the subtle formulations of the five elements like sound, etc. The soul cannot independently function without the help of prakriti, nor can prakriti function independently without the soul. The one without the other become inert and become incapable of germination. That is why Krishna classifies these two principles as para prakriti or soul or jiva and apara prakriti, the Nature. Para is considered as the subtle plane and apara is considered as the material plane.

Para and apara form two different aspects of the same Brahman, like a coin having two sides. Again, if these two aspects do not co-exist, creation cannot happen. The fundamental principle of creation is the mechanism of interdependence. For existence, one being has to always depend upon another being. As long as the interdependence mechanism continues in a smooth manner, the universe continues to exist. If the interdependence mechanism breaks somewhere, the process of annihilation begins to happen. Therefore, it is apparent, that both para and apara need to exist, irrespective of the fact that one is Superior in nature and another is inferior in nature. A human form can be taken as an example. The mind is para and his body apara. Without the mind, a human form cannot exist. But, the subtle is more important than gross. God realization takes place only through mind, which is para or subtle when compared to the body, which is gross or apara. In other words, final liberation can be attained only through the mind, the subtle component of a human form. The gross body acts a supporting mechanism of the subtle mind. In the same way, the soul is supported by prakriti enabling the soul to unfold its karmic account. The outcome of this unfoldment could be either pleasure or pain of the combination of both. This purely depends upon the quality of one’s karmic account.

Soul is nothing but the manifestation of the Brahman in the form of a being, be it a plant, an animal or a human. Soul in a being is known as self and the combined effect of all the souls that exist in the cosmos is called Self or the Brahman. The awareness of an individual is known as individual consciousness that has different stages such as awake, dream or deep sleep. The consciousness about the Supreme Self is known as the Supreme Consciousness. By mundane awareness, individual body can be realised. But a refined and purified mind is required to understand first the individual soul and finally the Cosmic Soul. Neither the individual soul nor the Cosmic Soul can be seen, but can be realised through one’s mind. The realization happens in a intense state of joy, known as bliss. The bliss that is being discussed is unparalleled joy. When an individual soul attempts to know its source, the attempt is known as the process of Self realization. It is from this cosmic Self, all the individual souls are carved out. Though individual souls are carved out from the Supreme Self, it does not undergo any modifications. It continues to remain as before and continues to remain the same, irrespective of the individual souls are carved from It are merged into It. Even at the time of annihilation, when the entire universe is absorbed into It, It does not change. Hence, the most significant aspect of the Self is It’s non-modification, which is also known as eternal. Except the Self and Its representatives, souls, everything else is perishable. Even in the case of a soul, at some point of its subtle existence in different shapes and forms, there is a possibility that it can cease to exist by merging into the Supreme Self. But the Self never ceases to exist.

Krishna cites an example of beads attached to a thread. Without the support of the thread, beads cannot exist together. All the beads in a necklace are bound by a supportive thread. This example refers to the reality of existence, supported by the Self and the individual beings are like the beads. Without the support of the thread, beads have no value. Because the beads are attached to a thread, they have value. This can be explained in two ways. One is that Self forms the foundational principle of creation, without which beings cannot exist. The ideal interpretation would be that without soul, gross body does not have any value. The gross body is sustained by the soul and when the soul leaves the body, the body gets perished, known as death. It must be remembered that soul is nothing but a representative of the Supreme Soul or Para-Brahman. It is ultimately, the whole universe revolves around the Soul or the Brahman for its creation, sustenance and absorption.

Bhagavad gita as it is

It is not dependant in my opinion. But usually the 9 lettered mantra is ... Read More.

The word 'anaghā' is sandhied to the previous word and the ... Read More. 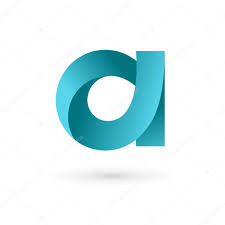