This is the most revered, admired, perplexed, incomprehensible and secretive form of the Divine Couple, the confluence of Śiva and Śaktī.  The universe is created, sustained, dissolved and re-created by them at their will that is indentured by the law of karma. 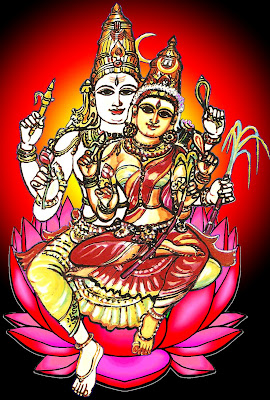